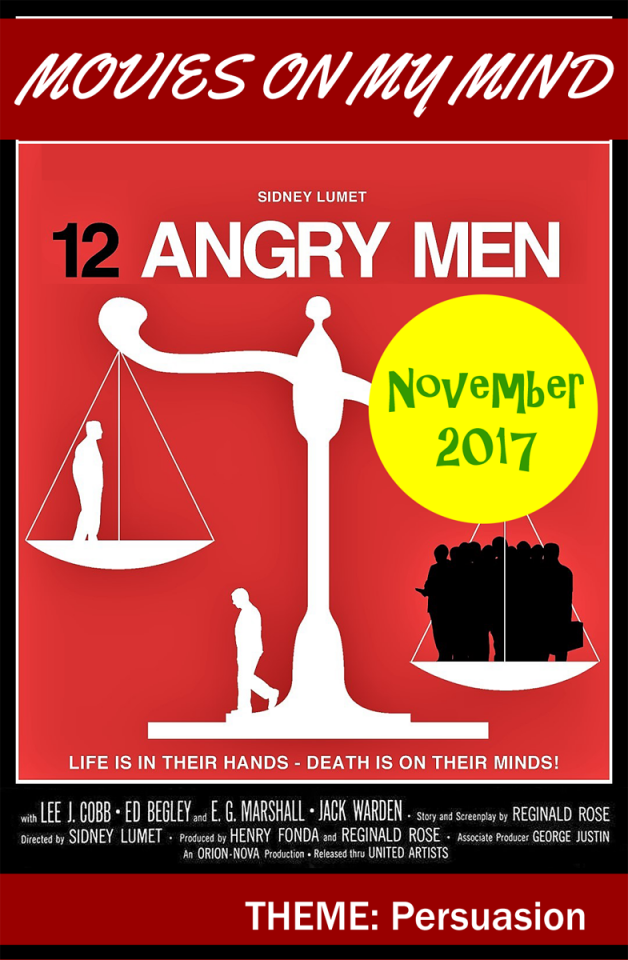 This fall, we continue our exploration of persuasion.

What begins as an open-and-shut case of murder soon becomes a detective story that presents a succession of clues creating doubt, and a mini-drama of each of the jurors’ prejudices and preconceptions about the trial, the accused, and each other.

Even thought nominated for Academy Awards for Best Director, Best Picture, and Best Writing of Adapted Screenplay, it was The Bridge on the River Kwai that won in all three categories. 12 Angry Men did win the Golden Bear Award at the Berlin International Film Festival in 1957.