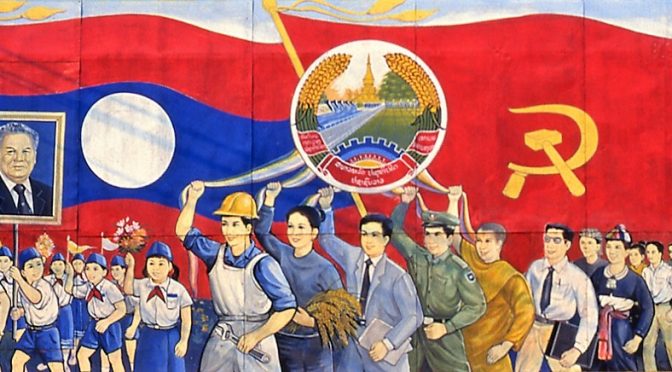 It is interesting to observe that through our first-ever “Fall Film Competition,” the group has quite serendipitously assembled a film s that can arguably be considered “Films of Social Defiance.” Even though not all can be classified under an official rubric of revolution, all four are enlightening with respect to a time of radical change in a cultural or national sense. Ashes and Diamonds is celebrated for its appeal to an oppressed people who hear a voice that resonates with them in its representations and symbolism that defies socialist realism mandates.

What can we as American movie-watchers see that’s so amazing in this movie?  . . . something to be celebrated? It’s a production in black and white that has an obscured sense of interaction among the characters. The viewer is constantly “squinting” to understand what is meaningful in their dialog or in their actions, and who and what the characters represent. To an uninformed audience, the film simply “cannot be understood without a map” (Michalek, 1973, p. 7). Yet, this depiction resonated strongly with those who first watched the film in its native Poland in 1958.

Understanding the Film’s Context is Vital

For an American audience to fully appreciate what is communicated in Ashes and Diamonds, it is necessary to understand its context of production in Communist Poland, and thus the symbolic representations that director Andrzej Wajda ( click to hear pronunciation ) chose to stay true to the writer’s intent. Indeed, it is difficult for many Americans today to imagine the difficulty of public communication in a place where strict control over cultural production exists, because we exchange ideas and information relatively freely via an amazing number of means.

However, one might think about the “Golden Age” of Hollywood in a similar way to this era in Communist Poland—Hollywood’s films were characterized by euphemisms that presented roles and settings often absent the blatant realities of life. Under the strict Communist censorship that prevailed in Central Europe at the same time, creative expression was controlled by a theory of socialist realism.

Following the revolution in Russia in the early 20th century, Anatoly Lunacharsky was appointed as head of the People’s Commissariat for Enlightenment. In this role, he created a system of aesthetics that became the main component of socialist realism, which then became an international literary movement (Socialist Realism, 2016).

Lunacharsky believed that “the sight of a healthy body, intelligent face or friendly smile was essentially life-enhancing” (Ellis, 2012, p. 21). He felt that art had a direct effect on the human organism and, under the right circumstances, the effect could be positive. By depicting “the perfect person” (new Soviet man), Lunacharsky believed art could “educate” citizens on how to be perfect Soviets.

Films made under a mandate of socialist realism were required to conform to Communist ideals, i.e., glorifying Communist values in a realistic way, therefore exhibiting loyalty to the party and elevating the common worker.

The Communist Party dictated constraints such that filmmakers were required to shape reality into a narrative that appealed to the desires of Communist leaders. Socialist realist cinema became “idealized fabrications of life as it should be or as it should have been” (Ellis, 2012, p. 177).

Film production under nationalization had both positive and negative aspects. On the positive side, filmmakers were relieved from concerns about funding; and when national film schools were established, they benefited from greater collaboration than they might have experienced before that. As a group, they had access to all the films from their respective national cinemas, and some of the films of Italian Neorealism and the French New Wave, since those films were released in the late ’40s and ’50s. Further, the film schools brought together producers, directors, writers, and cinematographers of the pre-WWII generation, which made it possible to preserve their cumulative knowledge for succeeding generations (Eagle, 1992, p. 176).

At the beginning of nationalization, filmmakers were free to experiment with individualized styles, but soon after, on the negative side, filmmakers expressions were restricted due to government censorship. Imposing Soviet-style socialist realism in 1948 brought experimentation to a halt.

Documentary and “cinéma vérité” approaches (allowing the camera to record what actually is) were discouraged as vulgar “naturalism,” and complex narrative structure and visual texture (including the techniques of symbolism and surrealism) were condemned as elitist formalism (Eagle, 1992, p. 176).

In our earlier studies of films in international settings, we have encountered works that were produced under other oppressive regimes. Can we understand more now about the artistic means that people have used to give expression to their stories and their anguish?

To identify a film as “Socialist Realism”:

Brooke, M. (2008, May 6). Andrzej Wajda – An Introduction. Retrieved from https://michaelbrooke.wordpress.com/andrzej-wajda-an-introduction/

Malcolm, D. (1999, May 5). Andrzej Wajda: Ashes and diamonds. The Guardian. Retrieved from https://www.theguardian.com/film/1999/may/06/derekmalcolmscenturyoffilm.derekmalcolm

Medvedev, R. A. (1972). Let us judge: Origins and consequences of Stalinism. London: Macmillan.

Oleszczyk, M. (2012, Oct 13). Ashes are for ever. Roger Ebert. Retrieved from https://www.rogerebert.com/far-flung-correspondents/ashes-are-for-ever

Toivola, J. (2012, Apr 13). Some critics have felt that Wajda’s symbolism runs the risk of reducing his films to crude political ‘finger-pointing’. Do you agree?  Retrieved from https://jussisportfolio.blogspot.com/2012/04/some-critics-have-felt-that-wajdas.html