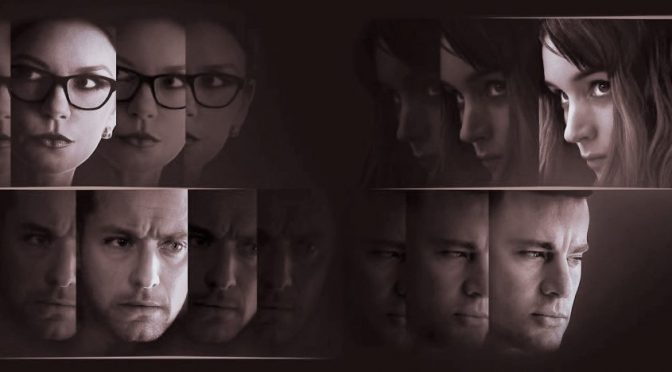 An entertaining movie with unpredictable twists, Side Effects (Soderbergh, 2013) had me thinking. This movie about psychiatry and psychiatric issues certainly represents our times, when so many people take medications.

It came to mind, then, what others have proposed—that some of our difficulties may be unintended consequences of introducing new technologies into our daily lives, i.e., side effects of civilizing (Cowan, 1983; Brynjolfsson, 1993).

Why Do So Many People Need Medication?

In all areas over the past two centuries, mankind has made mind-blowing advancements—especially notable in computing technologies and healthcare. With all that the world has to offer at our fingertips, our lives are more convenient than ever before. So, why do so many people need medicationto cope in the world today?

Why are depression, anxiety, and other mental illnesses so prevalent now? And, why are we no happier, and maybe even less content, than our great grandparents were? We have access to so much more than they could possibly have conceived of in their wildest dreams.

In pondering this question, ideas have crossed my mind: primitive ambition, need for structure, greater civilizing through knowledge and availability of resources.

Primitive Ambition: the Will to Survive

Let’s go back farther in time. From the dawn of mankind until just recently, most humans have been preoccupied with primitive ambition, that is, the will to survive. Primitive ambition is the need to maintain shelter and a steady supply of food.

In contrast, unless we experience an apocalypse, there is no need for primitive ambition anymore. Most Americans truly have everything handed to us on a silver platter. While there are still too many hungry and homeless people, we have grocery stores in every city, town, and ‘ville; and, most of us are born into and live in shelters that we did not have to build with our own hands. Further, until we start populating other planets in outer space, there is no reason to expect to have to explore new land.

The system is far from perfect, but our government and beneficent others are capable of providing shelter and food for those unable to provide for themselves. However, we can still make primitive ambition happen in an artificial way.

A few years ago, the Pace Academy Alumni Newsletter featured an article about an alumnus named Matthew (not his real name), who graduated in the mid 1990s. Matthew revealed something that only a select few had known about him earlier. He suffered from debilitating Obsessive Compulsive Disorder (OCD).

We all know people who appear to be coping with OCD, and we even make light of it.
“Oh, she must be OCD. Everything in her house has to be organized in a particular way.”

However, Matthew’s case was extreme to the point where it interfered with his ability to live his life. It is the reason he transferred from a public school to Pace Academy, a private school with means and resources to accommodate him.

There have been long periods in his adult life since then, when Matthew could not function normally without assistance, could not leave his parents’ side.

After years of trying every medication in the book, his doctors decided to do something radical. They stopped all medications. and Matthew willingly released himself to the wilds of an urban city with no money, no food, and with no tools to support himself. He was truly on his own.

What happened to Matthew? The instinct to survive took over and dominated the part of his brain causing the OCD. He had to focus on getting shelter and food for himself in order to keep living. Primitive ambition seemed literally to snap him out of it. At the time of the Pace article, he was feeling much better.

Of course, what worked for Matthew may not work for others, but the instinct to survive is very strong. So without primitive ambition, what do we have? What propels us to keep moving forward? What motivates us to stay in line, earn our living, provide for our families, and live our lives as reasonably as we can? Structure. That is what.

Is Structure a Requirement for Coping?

Structure can be absolutely anything from a family, a belief in a higher power, something greater than we are, devotion to loved ones, a career, hobbies, and goals. The sky is the limit as to what structure can be as long as it provides a healthy framework for people to live within.

A few miles from my home is a recently-opened Church of Scientology, which is recognized as a religion in the US and a number of other countries (Church of Scientology, 2016). While I am curious, I do not plan to go near it with a 10-foot pole. Its reputation as a demanding cult and valid accusations that it is one big tax fraud repels me.

However, it appears to have devotees that number in the hundreds of thousands. Enormously successful Hollywood actors Tom Cruise and John Travolta are among its followers. Cruise and Travolta have undoubtedly given more money to this religion than I will ever see in my lifetime.

What is it about Scientology that appeals to them? My personal theory is that Scientology gives these actors the structure they need to avoid the pitfalls of Hollywood stardom. Maybe the Church of Scientology protects them from following the paths of River Phoenix, Corey Haim, Michael Jackson, Heath Ledger, and most recently, Prince. All led high profile lives in the entertainment business that were ruined by drugs.

It is well known that Tom Cruise is intense and controlling, and I believe he found an unusual form of a higher power to channel his tendencies. Consider Tom Cruise’s career and the fabulous shape he is in after four decades in the movie business.

Putting his bizarre behavior aside, that is a remarkable achievement. If Tom Cruise needed the structure of Scientology to achieve that, then so be it (Huddleston, 2016).

It would be too easy to say that the absence of primitive ambition or structure leads to self-destruction, narcissism, and entitlement. It is not that simple or black and white; many other factors complicate such an explanation. The chemistry of addictions, the severity of mental illnesses, genetics and external factors that we have no control over all have the potential to interfere with our lives.

Availability of drugs, knowledge of their benefits, and the growing field of psychiatry are among many other reasons plenty of people with sturdy structures and healthy ambition rely on medicines to make their struggles easier.

It is no coincidence that Steven Soderbergh sprinkled Side Effects with by-standing characters who revealed to Emily Taylor (Rooney Mara) that they were taking medication to cope with their lives.

Knowledge of medications spreads rapidly since people in America often talk about their prescriptions and their doctors. Millions of people with ADHD, depression, OCD, and other mental disorders take medication in order to hold on to their structures and function within them. Most of us don’t have the time to go into the wild to tap into our primitive ambitions. We have jobs, families to support, and responsibilities. It is much easier and more efficient to get a prescription.

Perhaps my great grandfather was depressed in the late 19th century and did not have the knowledge or access to medication to help him. He would have had to find other ways to cope, unconsciously and consciously. Because I exist, he most likely had a family to raise and didn’t have much time for brooding. Thus, he was saved by both primitive ambition and structure.

Can My Ideas Help to Explain the Behaviors of Characters in Side Effects?

Who appeared to be the most stable character in Side Effects? Ironically, it was Emily Taylor’s convicted-felon husband (Channing Tatum). Upon his release from jail, he found a new lease on life. He had goals and was aiming to get rich again; hence he had structure.

On the other hand, Emily had no devotion to him, no belief in his plans, and no desire to help him reach his goals. She was not motivated in her job, had lost a pregnancy that might have saved her from going down a spiral of illegal activity, conning others, and narcissistic behavior.

There was nothing outside of Emily Taylor’s life to keep her from thinking about anything but herself. She had neither primitive ambition nor structure; thus, she completely self-destructed.

However, movie analysts speculate that by the end of the movie, Dr. Banks is taking medication himself. If that is the case, then he is just like the rest of us—finding ways to cope in a civilizing world that is more convenient than our great grandparents’, yet vastly more complicated.

Cowan, R. S. (1983). More work for mother: The Ironies of household technologies from the hearth to the microwave. New York: Basic Books.