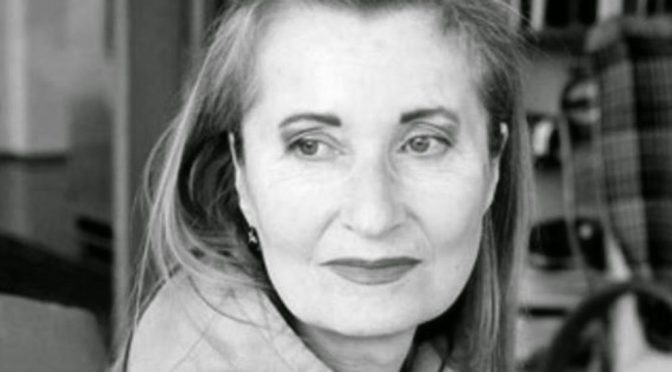 Another perplexing winner is Elfriede Jelinek of Austria, a virtually unknown writer whose announcement in 2004 garnered a worldwide chorus of “Who?” Google answered instantly: Elfriede Jelinek is a Austrian playwright and novelist, who won

for her musical flow of voices and counter-voices in novels and plays that with extraordinary linguistic zeal reveal the absurdity of society’s clichés and their subjugating power (“The Nobel Prize in Literature 2004,” 2004).

Jelinek’s notable works of literature include The Piano Teacher (2004), a novel loosely based on her personal life and adapted for this month’s feature film of the same name.

Background knowledge of Austria and its ways enhances the understanding of Elfriede Jelinek and The Piano Teacher. The Austrian music scene during Jelinek’s time is the equivalent of sports in America. In the US, youth sports are taken seriously–hopes of college scholarships propel parents to open their wallets to spend millions of dollars on equipment, coaches, lessons, camps and clinics. At the sidelines of every athletic field are parents who are coaching, cheering, arguing, and taking pride at goals, touchdowns, and baskets. While music, drama, and scouting are also highly respectable activities, it is sports that creates the most fervor in America. In the movie, The Piano Teacher, the mother of one of Erika Kohut’s female students could be the quintessential American parent at any little league baseball game. Simply put, in Jelinek’s Austria, ambitious parents were at musical conservatories, not the athletic fields.

Jelinek’s mother was of the extreme type who expected from Elfriede nothing less than excellence in piano. She was willing to have her daughter forgo a normal childhood to achieve this. You and I are aware of plenty of American parents who fit this profile in sports. Elfriede complied and became a respectable pianist. However, in music as in practice takes you 99% of the way, but it is an innate talent or quality that will get you to the top 1%. The 1% is the body of Michael Phelps, the hands of Van Cliburn, and the height of Lebron James. Alas, Elfriede Jelinek did not have that last 1%, so she became a piano teacher.

While most children outgrow these parental dynamics, Elfriede remained stuck, which evolved into an unhealthy mother/adult daughter relationship. While she did marry Gottfried Hüngsberg, her predominant role was still that of a daughter. Presumably, Gottfried was fine with the abnormal arrangement of his wife’s living with her mother during the week and living with him on the weekends. While she continued to devote her time to music to please her mother, she started writing as a coping mechanism.

Jelinek wrote an essay that described her distaste for sports. When I found reading this essay difficult to process, I asked my husband to read it. He handed the essay back to me, saying, “Don’t ever do that to me again! I don’t have time to read all that gobbledygook.” Absent my full understanding of the essay, there is one scene in the movie The Piano Teacher that may actually depict Jelinek’s reasoning. The character Erika Kohut is watching two ice skaters gracefully glide over the ice rink. Suddenly a team of hockey players swoosh in and take over the rink from the ice skaters. My interpretation is that Jelinek sees sports as a breeding ground for oppression. Interesting that her student, Walter Klemmer, is the only one who apologizes to the skaters.

Through her writing, Jelinek has criticized her homeland for sweeping their participation in the Holocaust under the rug. She would like to travel to the US but she is crippled by severe anxiety over leaving her home. This phobia prevented her from traveling to Sweden to accept the Nobel Prize in person. It could also be a factor as to why her writing is barely known outside of Austria and Germany.

Each artist, whether she or he be a writer, a painter, a musician, an illustrator, a movie maker, or an actor, has his/her own unique manner of expression. Each person in an audience also has his/her own unique response to the art.  Judging works of art is a combination of objective determination of skill and subjective preference. While there are plenty of talented writers around the world, Elfriede Jelinek’s particular writing must have deeply impressed most on the Nobel Prize Committee. I say “most” because one person, Knut Ahnlund, resigned from the Swedish Academy because he was so disturbed by her unusual writing, saying it was “a mass text of shoveled together without artistic structure,” and “has not only done irreparable damage to all progressive forces; it has also confused the general view of literature as an art.”

I am among the disturbed, too. However, there is an audience for every writer worth her salt. Elfriede Jelinek certainly has an audience who appreciates her writing. Long may she write for them.

The Nobel Prize in Literature 2004. (2004). Retrieved from Nobelprize.org, https://www.nobelprize.org/nobel_prizes/literature/laureates/2004/jelinek-facts.html