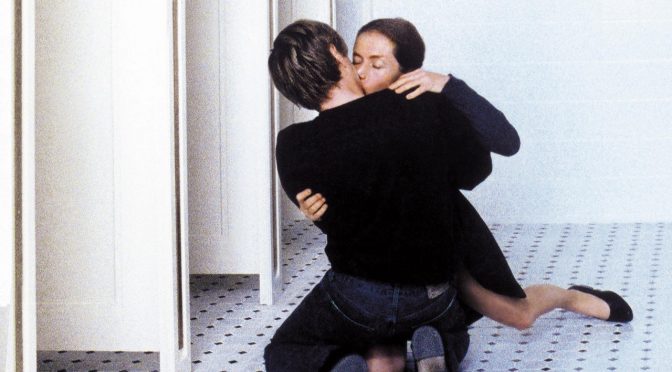 Relief. That’s what I felt when The Piano Teacher was mercifully over. The movie not only leaves nothing to my imagination, but renders it obsolete as I endured from one twisted scene to the next, wondering what could possibly come next. When the main character, Erika Kohut, remarked, “Be quiet. You will wake the whole building,” I noted that as one of the few drops of rational thought in the whole movie.

However, what I saw as a sick movie, others saw as praiseworthy and even deserving of awards. That happens often, in fact. Glaring examples of such extremes in opinion confront us daily in reports related to the two candidates in our current, most bitter presidential eection. Some see the Republican candidate as a maverick who plans a paid-for-by-Mexico border wall with a big, beautiful door, as one who will shake up, then drain the swamp that is Washington DC, giving established politicians, both Republican and Democrat, a much needed kick in the rear. Others see this same candidate as a buffoon, a misogynist, and a racist, and they are horrified and deeply embarrassed at the thought of projecting him upon the world stage as our leader.

Regarding his opponent, some see the Democrat candidate as a calm, collected and experienced politician who is an expert on policy, which will enable her to effectively lead the country through turbulent times. Others see a cold, calculating, and corrupt politician with blood on her hands that makes no difference to her.

As another example, some admire Jackson Pollack and Barnett Newman’s art at New York City’s Modern Museum of Art and marvel at their genius. Others cannot appreciate abstract or modern art at all, which to them resembles what they see children do with a paintbrush. There is no truer saying than, “Beauty is in the eye of the beholder.”

Yet, each side tends to see itself morally and intellectually superior to the other. There is a divide in America and it is growing deeper partly because most Americans have very little to no tolerance for an opposing point of view. Since I do not want to be accused of that, I will delve into how and why others deemed The Piano Teacher praiseworthy.

I usually avoid reading the movie reviews of others so I can keep my thoughts original. I made an exception for The Piano Teacher because I needed help in understanding why it should be on a movie bucket list—it is included in 1001 Movies You Must See Before You Die, (Schneider, 2012). Below is a combination of my thoughts and what I gathered from reading other reviews, both from commercial publications and personal blogs.

Film as expression of art and life

After taking the time to listen and read other point of views, I acknowledge that the film itself is an expression of art and life, albeit unusual in my thinking. For real, there are some sick people out there; sadomasochists, perpetrators and victims of unhealthy and incestuous parent/child relationships, evil-doers who act out of insane jealousy, people who attempt to lure the unsuspecting into unconventional sex, and people who mutilate themselves. These people need to be represented in film so our minds are open to them and to what they are capable of doing. Movies as well as books are a reflection of our lives and our world. Thus, one does not have to like The Piano Teacher, but there is no arguing that it represents what is real.