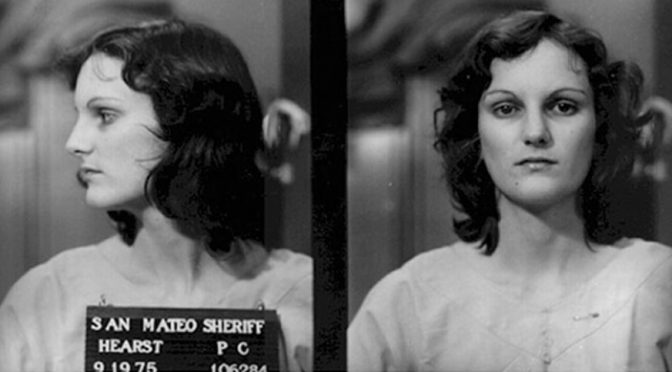 High-profile crimes such as this one always bring a maelström of reporters, investigators, and media pundits, as well as a nation of armchair detectives.

Remember the OJ Simpson trial? From the high-speed chase down the California freeway to the glove that did not fit to the shocking “Not Guilty” verdict, America was riveted by the Simpson Trial in the mid-1990s. Myself included. Public opinions on Simpson’s guilt or his innocence were divided along racial lines as the case was heatedly discussed in every media outlet at the time.

Paid handsomely to persuade, a dream team of lawyers shocked America with their success in getting their client acquitted, despite strong indications of his guilt. In the two decades that have passed since the trial, emotions have faded yet the facts remain. When presented with details of the case, Americans today of all races tend to agree that Nicole Brown Simpson and Ron Goldman were savagely murdered by none other than OJ Simpson (Ross, 2016).

And who killed six-year-old Jon Benet Ramsey in December 1996? This perplexing case has frustrated the best of investigators. It certainly was not John Mark Karr, the registered pedophile who created an absolute media frenzy with his false confession ten years after the fact. Theories of an outside intruder abound, but most Americans are resolved that Jon Benet was murdered by a member of her immediate family (“The Case of JonBenét Ramsey”, 2017). Some believe that Jon Benet’s parents, John and Patsy Ramsey, conducted an elaborate cover-up complete with a ransom note and a TV Interview to warn America of a killer still on the loose.

A common purpose among efforts to persuade is to deflect guilt, however, this strategy loses effectiveness over time. Unlike feelings, opinions or biases, truth does not fade with the passing of years. It may be carefully hidden, but it is always there waiting to be discovered. OJ Simpson has not impressed us with his efforts to find the real killer of his ex-wife and her friend. The identity of Jon Benet Ramsey’s killer remains elusive. Efforts to persuade have more or less ceased, and all that remains is the truth. It is out there waiting to be confirmed, found and revealed.

Leading up to our monthly movie night, I conducted an informal poll on Patty Hearst among friends and neighbors. The general consensus: Patty Hearst was brainwashed. That was the strategy of the renowned defense lawyer F. Lee Bailey toward convincing the jury that Patty Hearst was not guilty of bank robbery beyond any reasonable doubt. The strategy did not work. Patty Hearst was convicted and sent to prison (“Patricia Campbell Hearst (1954 –  )”, 2005). Nevertheless, “brainwashing” is what many believe about Patty Hearst’s escapade. Was mainstream America persuaded by the media reports of F. Lee Bailey’s argument, a game plan requested by Catherine Campbell Hearst, who did not want us to think that her own daughter acted on her own free will? Considering the numbers of people today who excuse Patty Hearst’s actions based on the so-called “Stockholm Syndrome,” i.e., “feelings of trust or affection felt in many cases of kidnapping or hostage-taking by a victim towards a captor” (“Stockholm syndrome – Oxford Dictionaries”, 2017). I can see that the Hearsts’ efforts to persuade us of Patty’s innocence were highly effective.

Yet, in my poll, a fewer number confidently responded that Patty Hearst had advance knowledge of the SLA’s plans. Surprised by these outlier responses, I took the discussion further to try to understand their reasoning. Speculation that Patty Hearst was in on the plan is mainly influenced by the following factor: the chance encounter. The SLA was formed by a Donald DeFreeze, a prisoner who was an instigator of the “Prison Movement,” an activist group that fought indiscriminate sentencing (Harold, Battle, & McDowell, 2013). Patty Hearst was among the young women who visited the prisons with the intent of rehabilitating its inhabitants. To help establish a rapport with the prisoners, the girls came in miniskirts and bikinis (Schreiber, 2016). According to Brad Schreiber, who wrote Revolution’s End: The Patty Hearst Kidnapping (ibid.), Patty Hearst had visited DeFreeze in prison and had a relationship with him. Schreiber did not talk to Patty Hearst because, according to him, she would be the last person to make such an admission.

My verdict: The truth is in a gray area, but closer to the “in on it” side. Patty Hearst’s actions through the ordeal, and afterward, are not those of a victim desperately attempting to escape. Numerous opportunities to escape included time alone in a van with the keys, and time alone with a doctor treating her poison oak rash (Baker & Brompton, 1974). Yet she made no attempts. The kidnappers must not have had a shred of doubt of Patty’s commitment to their cause. They gave her a gun to use for bank robbery, a gun she could easily turn on at least one of them! A small child is a different situation, but I have difficulty believing that a 19-year-old Berkeley student with all her mental faculties can be brainwashed to that extreme degree.

A Predisposition to rebel?

However, I do believe Patty Hearst subconsciously was open to opportunities to do something different from the predictable path laid out for her from birth, similar to the predisposition of John Lennon.  Before Paul McCartney absolved her, Beatles fans blamed Yoko Ono for the band’s break-up (“Paul McCartney: Yoko Ono did not break up The Beatles”, 2012). I always believed that if Yoko Ono was not responsible, it would have been someone else. John Lennon was simply wired to create a major distraction for himself despite the Beatles’ phenomenal worldwide success. Of course, it would be a woman who was not Lennon’s first wife at the time.

In the same way, hypothetically combine a predisposition of Patty Hearst with the counterculture of San Francisco/Berkeley in the 1970’s, and you have a recipe for truth stranger than fiction. If the SLA were, to Patty, a mere vessel for escaping the confines of her life, it may not have taken much persuasion or brainwashing to win her cooperation in staging a kidnapping. I also believe that Patty Hearst reached a point where she was in over her head and lost her tenuous grip on reality.

I look forward to discussing my theory with other armchair detectives and to hearing theirs as well. The only person who knows the full truth is Patty Hearst herself. I highly doubt you will get it from her. She is currently busy raising award-winning show dogs. Just recently, her dog won the small dog category of the Westminster Dog Show.

The nice life she lives today was made possible by the intervention of not one, but two Presidents of the United States; Jimmy Carter commuted her sentence and Bill Clinton pardoned her on his last day of office in January 2000 (“Patricia Campbell Hearst (1954 – )”, 2005). With the scandalous ordeal permanently sealed by unheard of intervention by executive branch powers, Patty went right back to being a Hearst. Considering their wealth and influence, that didn’t take much persuading in itself.

Brainwashing is a forcible indoctrination to induce someone to give up basic political, social, or religious beliefs and attitudes and to accept contrasting regimented ideas. Also, persuasion by propaganda or salesmanship.

Stockholm syndrome is feelings of trust or affection felt in many cases of kidnapping or hostage-taking by a victim towards a captor.

Paul McCartney: Yoko Ono did not break up The Beatles. (2012). The Telegraph UK. Retrieved from https://www.telegraph.co.uk/culture/music/the-beatles/9670368/Paul-McCartney-Yoko-Ono-did-not-break-up-The-Beatles.html

The Case of JonBenét Ramsey. (2017). CBS. Retrieved from https://www.cbs.com/shows/the-case-of-jonbenet-ramsey/