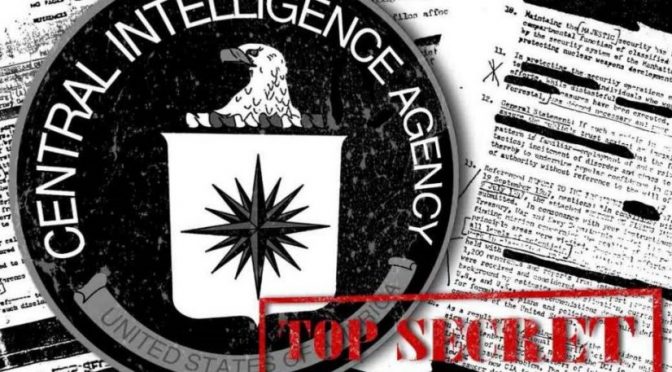 What does it mean to be brainwashed?

Robert Stone, director of Guerrilla: The Taking of Patty Hearst (2004), responded to this question in an interview:

We tend to think of someone walking around in some zombie-like state, responding to orders like a robot—a ‘Manchurian Candidate’ kind of thing. The whole term brainwashing I think is kind of a catch-all phrase to explain a whole range of extremely complicated and uncomfortable aspects of human psychology. We all like to think of ourselves as individuals acting on our own free will. In some ways we are but we also tend to think the way people around us think.

Actually, mind control is a condition to which we fall victim on a daily and continuing basis. Commercial and political entities strategically plan advertising campaigns and sensationalist news stories to manipulate our decision-making to serve their goals. Walter Lippman in his book, Public Opinion (1922), described this as “the manufacture of consent.” Since that time and before, techniques have been used relentlessly to shape the minds of the American people.

History of Propaganda in the US

In 1917, Woodrow Wilson formed the Committee on Public Information (CPI), a propaganda agency to build support with the public for the first World War. Edward Bernays (1891−1995) was a member of the CPI who knew how to get inside the minds of the people; e.g, he created the slogan, “Make the world safe for democracy,” which is still in use today.

Le Bon’s book showed how group psychology differs from individual psychology, and further, described a set of principles that leaders can use to spark ideological contagion and rise to power.

Le Bon developed the view that crowds are not the sum of their individual parts, proposing that within crowds there forms a new psychological entity, the characteristics of which are determined by the ‘racial unconscious’ of the crowd (“Gustave Le Bon”, 2017).

Le Bon influenced Vladimir Lenin and the Bolsheviks, also Hitler, Goebbels, and Mussolini, who all studied this and applied his techniques, which produced the results Le Bon had predicted.

Another who studied Le Bon’s writing, Dr. Freud critiqued the ideas in his book, Group Psychology and the Analysis of the Ego (1922), and further showed how people can be controlled for long periods of time by manipulating group identity, belief systems, and social structures. At the end of the war in 1919, Bernays suggested that the same propaganda techniques could be used in peacetime, at which time he formed The Council on Public Relations, America’s first public relations office. Bernays’ specialty was engineering social trends for clients.

Interestingly, it was Bernays who staged a group of “society” women marching in the 1929 New York City Easter Parade smoking cigarettes (described as “Torches of Freedom”) to protest the unreasonable social restrictions on female behavior, which traveled contagiously to bring similar protests in other large cities. Sound familiar? He achieved his goal of promoting the use of cigarettes by a larger population in America (“Torches of Freedom,” 2016).

How do such marches get organized? In the recent marches, much coordination was done via the Internet. However, that is simply the latest medium, and it doesn’t supplant the media that have been used continuously since the early 20th century.

In 1928 George Washington Hill, the president of the American Tobacco Company, realized the potential market that could be found in women and said, ‘It will be like opening a gold mine right in our front yard.’ . . . [deciding to] hire Edward Bernays . . . to help him recruit women smokers.

Notice the fear-mongering in the advertisement for Lucky Strike?

It is not necessary for the politician to be the slave of the public’s group prejudices, if he can learn how to mold the mind of the voters in conformity with his own ideas of public welfare and public service. The important thing for the statesman of our age is not so much to know how to please the public, but to know how to sway the public. In theory, this education might be done by means of learned pamphlets explaining the intricacies of public questions. In actual fact, it can be done only by meeting the conditions of the public mind, by creating circumstances which set up trains of thought, by dramatizing personalities, by establishing contact with the group leaders who control the opinions of the publics.

The political leader must be a creator of circumstances . . . He will say over the radio: ‘Vote for me and low tariff  because the high tariff increases the cost of the things you buy.’ If he were a propagandist, on the other hand, although he would still use the radio, he would use it as one instrument of a well-planned strategy.  . . . would create circumstances which would make his contention dramatic and self-evident.

Bernays suggested that this candidate over time, and in different cities, might illustrate the higher cost of a tariff using prominent men and women who were also interested in the same goal, but with no interest in political office. He would have activist groups call for lowering the cost of living. He would call on social workers to speak about the health risks for people in winter who live in poverty. Therefore, public awareness and public attention would be heightened before he ever spoke to the public about the issue himself.

In response to any potential argument that these techniques will no longer work after they are well-known, Bernays wrote that,

the only propaganda which will ever tend to weaken itself as the world becomes more sophisticated and intelligent, is propaganda that is untrue or unsocial.

Bernays’ referral to the use of media undoubtedly incorporated his understanding of the accomplishments of William Randolph Hearst and his use of “yellow journalism,” which sensationalized news stories to sell more newspapers (Milestones: 1866–1898, 2017), a practice that is staging a powerful revival today. It seems more than a historical curiosity to show that the blood running through the veins of Patty Hearst is part of the same human lineage that exercised powerful control of the news media in the late 19th, early 20th centuries.

Interestingly, one may also observe that even though Patty Hearst is not an immediate descendant of William Randolph Hearst, she is described by most authors as “granddaughter of .  .  . , totally ignoring the fact that she is the “daughter of ” Randolph Hearst, who also worked in management at the Hearst Corporation as publisher of the San Francisco Examiner until his death in 2000 (Randolph Apperson Hearst, 2017). What is that about?

There is so much more to say about the way our minds are controlled by well-known techniques of manipulation, but this will suffice to suggest that Patty Hearst’s mind was controlled by “something” at the time of her kidnapping—most certainly before as well as after. Many of us have strong memories of the enormous civil unrest and destruction that took place at the hands of groups of teenagers during that era. Some of those then-young people most surely have suffered from lingering memories of actions they now regret.

Further, no matter what story you believe about the February 1974 kidnapping of 19-year-old Patty Hearst, it is a major event that remains puzzling in the history of American culture. Without a doubt, Patty Hearst was harmed by the ordeal, regardless of any motivations that she may or may not have had at the time.

Brainwashing (also known as mind control, menticide, coercive persuasion, thought control, thought reform, and re-education) is the concept that the human mind can be altered or controlled by certain psychological techniques.

Stockholm syndrome represents a symptom group associated with hostages who develop a psychological alliance with their captors as a survival strategy during captivity.

Yellow journalism, or the yellow press, is a type of newspaper reporting that emphasizes sensationalism over facts, presents little or no legitimate well-researched news and instead uses eye-catching headlines to sell more newspapers. The term originated in the competition between major newspaper publishers Joseph Pulitzer and William Randolph Hearst in the New York City newspaper market in the late 1800s, their profit-driven coverage of world events, and the popular “Yellow Kid” cartoon (San Francisco Academy of Comic Art & Blackbeard, 1896).

Freud, S. (1922). Group psychology and the analysis of the ego. London and Vienna: The International Psycho-analytical Press.

Holden, S. (2004, Nov 26). Even in the days of Patty Hearst, it was the innocent who died. The New York Times. Retrieved from https://www.nytimes.com/2004/11/26/movies/even-in-the-days-of-patty-hearst-it-was-the-innocent-who-died.html

Koehler, R. (2004, Jan 19). Review: Guerrilla: The Taking of Patty Hearst (aka Neverland: The Rise and fall of the Symbionese Liberation Army). Variety. Retrieved from https://variety.com/2004/film/markets-festivals/guerrilla-the-taking-of-patty-hearst-aka-neverland-the-rise-and-fall-of-the-symbionese-liberation-army-1200536998/

Morabito, S. (2014, Apr 15). Cults in our midst: Patty Hearst and the brainwashing of America. The Federalist. Retrieved from https://thefederalist.com/2014/04/15/cults-in-our-midst-patty-hearst-and-the-brainwashing-of-america/

Torches of Freedom. (2017, May 2). In Wikipedia, The Free Encyclopedia. Retrieved from https://en.wikipedia.org/w/index.php?title=Torches_of_Freedom&oldid=778316807

One thought on “Propaganda, Mind Control, and Engineering Public Opinion”