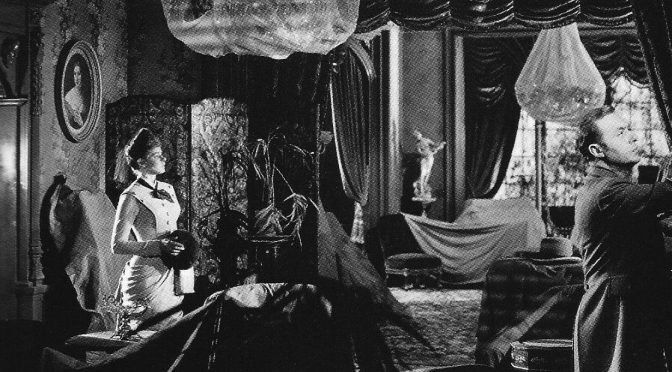 With recent attention on the film Gaslight (Cukor, 1944), let’s not overlook its director, George Cukor (1899-1983). There is much to be learned from this interesting man who got his professional start in New York. Starting in the mid 1920’s when silent movies evolved to talkies, Cukor was called to Hollywood as a voice coach thus giving him opportunities to work his way up to the coveted role of director. A prolific career of over 60 films and an Academy Award for Best Director in 1965 for My Fair Lady (Cukor, 1964), on top of numerous other nominations, ensured that George Cukor made a strong mark on Hollywood.

Best known as a “woman’s director” because of his rapport with female stars, George Cukor had a knack for bringing out the best performances from them. This was a classification he resented, and rightfully so because male actors directed by Cukor won more Academy Awards than their female counterparts. He just preferred not to be pigeonholed to directing one gender over another as he prided himself in being an actor’s director who intended for them to shine.

It used to be that high-profile people in the entertainment industry could go about their business without their sexual orientation being gossiped about in magazines, tabloids, TMZ, and Facebook “click bait.” Actor Rock Hudson, entertainer Liberace, and Gaslight’s George Cukor, lived at a time when open secrets were not acknowledged as long as they played by the rules. In some ways, this generation had more freedom since their private lives were not exposed or flaunted to the public. For instance, Cukor’s lavish Sunday afternoon parties were known to have two stages: the first being a soiree that I would fancy, and the second being a discreet one exclusively for young adult men. That generation would surely envy the rights gay people enjoy today, along with increasing mainstream acceptance. However, I can’t help but wonder if current celebrities would not mind a return to the mindset that sexual orientation is not everybody’s business.

Kevin Spacey, John Travolta, Tom Cruise, among other actors, endure relentless speculation about whether they are gay. All that innuendo detracts from their memorable performances in films. How many times have I heard a big splash being made over an entertainer’s “opening up about being gay”? Just this week, Barry Manilow is on the cover of People Magazine for this very reason. Did we not know all along? The gay population will have reached the ultimate place when nary an eyebrow is raised on anyone’s sexuality, and the focus is on their talents, which they work hard to share with the public. Rock Hudson, Liberace, and George Cukor were spared the nuances of group identity, so their uniqueness truly shined.

Cukor did endure discrimination on the movie sets. A stint as Director of Gone with the Wind ended abruptly due to volatile movie-set politics with its producer, David Selznick, and by actor, Clark Gable, who reportedly said, “I will not be directed by that fairy.” I believe that Gable was using Cukor’s sexuality as an excuse not to work with him, rather than admitting the real reason: this “woman’s director” would showcase Vivien Leigh and Olivia De Havilland instead of him.

Cukor’s influence on Gone with the Wind

Yet, it was George Cukor who laid the foundation for arguably the most successful movie of Hollywood history. Cukor heavily influenced the casting and script of Gone with the Wind; and, a handful of his directed scenes made the final cut in the editing room, one being the scene where Melanie has her baby. To make it as real as possible for the audience, Cukor had Olivia De Havilland observe a number of mothers during labor and giving birth. While shooting this particular scene, Cukor, outside of camera range, twisted De Havilland’s ankle when, according to the script, she was to scream in agony. Years later, when De Havilland had a baby of her own, she let it be known that she missed George’s twisting her ankle.

For all of Cukor’s directing experience, nothing could overcome his significant professional and creative differences with producer David Selznick, so he was let go. This decision greatly upset Vivien Leigh and Olivia De Havilland, who made several appeals to an unyielding Selznick. It says a lot of about Cukor’s character that he did not turn away from both actresses when they still needed to rely on him for coaching throughout the tumultuous filming of Gone with the Wind.

Another story tells you about George Cukor, the man. Despite being way out of her league, a teenager named Shelley Winters disastrously auditioned for the role of Scarlett O’Hara. Rather than humiliating her further, Cukor took the time to point her in the direction of an acting school, and told her to gain experience from the New York stage. Winters wisely took his advice. Less than a decade later, Cukor cast her as the waitress who serves more than just dinner in A Double Life (Cukor, 1947).

Recently, the entertainment industry is investing in remakes of movies from the past. Please let them leave Gaslight alone. With director George Cukor behind them, Ingrid Bergman and Charles Boyer gave past, present, and future audiences a gem of a movie to treasure.

EmanualLevy. (2006, Mar 4). Hollywood’s biggest scandal: Why was Cukor fired by Selznick from Gone with the Wind? Retrieved from https://emanuellevy.com/comment/hollywoods-biggest-scandal-why-was-cukor-fired-by-selznick-from-gone-with-the-wind-5/