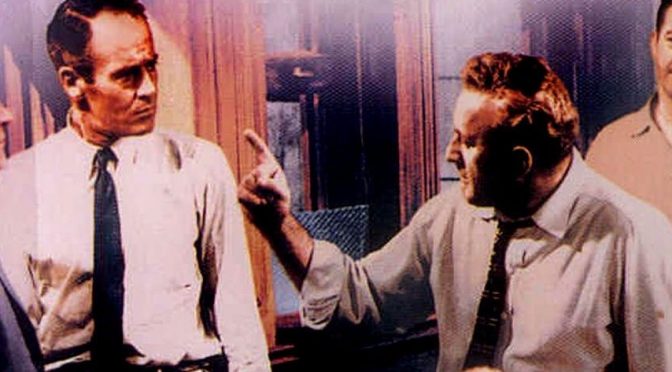 Sidney Lumet’s film 12 Angry Men is a patriotic movie that portrays America’s legal system in an honorable light. Juror #8, played by Henry Fonda, represents the idealistic citizen who is uncompromising in his stance to do the right thing against insurmountable odds.

The hallowed jury trial is a right enshrined in the Constitution and immortalized in American culture. But these days, said Daniel C. Richman, a professor at Columbia Law School, ‘12 Angry Men is more a cultural concept than a regular happening.’

Richman was not referring to juror integrity across America. Instead, he was lamenting the changing times.

Jury Trials on a Disturbing Decline

Recent years show that trials by jury are on a disturbing decline. The New York Times published a thoroughly researched article on this subject: “Trial by Jury, a Hallowed American Right, is Vanishing” (2016). In the article, its author Benjamin Weiser writes,

Legal experts attribute the decline primarily to the advent of the congressional sentencing guidelines and the increased use of mandatory minimum sentences, which transferred power to prosecutors, and discouraged defendants from going to trial where, if convicted, they might face harsher sentences.

This means fewer opportunities for Americans to participate in our legal system and contribute to its integrity. Should this trend continue, citizens across the United States will lose touch with the judicial branch of government. We are a country that self governs, so this growing distance is disconcerting.

However, and all so typically, a jury summons is met with groans over the massive inconvenience it creates in daily lives. The thought of sequestration stirs dread as many citizens seek to be deferred or dismissed. How many times have I heard others express immense relief upon learning that they did not have to appear at courthouse the next day, or that their numbers were not called?

It would behoove us all to pause to remember that serving on a jury is a civic duty that our Founding Fathers perceived to be an honor for American citizens. Hence, the Sixth Amendment in the Bill of Rights.

I consider trial by jury as the only anchor ever yet imagined by man, by which a government can be held to the principles of its constitution.

Two summonses have made their way to my mailbox. The first time, my hearing loss was a deal breaker; and the second time, my number was not called. This has been a longstanding issue for deaf people, for they often feel denied the right to serve. Just recently, a deaf man filed a lawsuit for the right to serve after being excluded from a Minnesota grand jury because he requested a sign language interpreter (Montemayor, 2017).

On an optimistic note, there are reports of deaf adults successfully serving on a jury. Tracy Straub, a deaf adult from Detroit, MI, prevailed upon sign language interpreters to serve.

Straub told the Free Press through an interpreter (Anderson, 2015).

I’ve got a lot of friends that are deaf and have never served jury duty before. So I’m kind of the rock star in that way.

Serving on a jury is a privilege I would like to exercise someday. That is if I don’t have a fabulous vacation planned at the same time.

Weiser, B.  (2016, Aug 7 ). Trial by jury, a hallowed American right, Is vanishing. The New York Times. Retrieved from https://www.nytimes.com/2016/08/08/nyregion/jury-trials-vanish-and-justice-is-served-behind-closed-doors.html