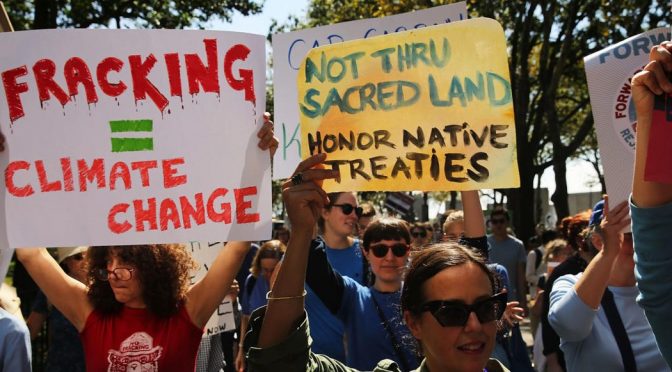 When settling down to watch a documentary film, I remind myself of two important things:

It was with this mindset that I watched Gasland (Fox, 2010), not just with an open mind, but also with an inquisitive one. Gasland presents an up-and-close narrative on the surmised ramifications of hydraulic fracturing, “fracking,” and how this well-stimulation technology negatively affects America’s habitat.

Lauded by film critics, Gasland received a nomination in 2011 for Best Documentary Feature by the Academy of Motion Picture Arts and Sciences. That recognition along with its 97% positive rating on Rotten Tomatoes must please the film’s writer/director, Josh Fox, and those who support him.

However, before I enthusiastically jump on the anti-fracking bandwagon, my above-mentioned personal documentary-viewing guidelines require me to pause END_OF_DOCUMENT_TOKEN_TO_BE_REPLACED