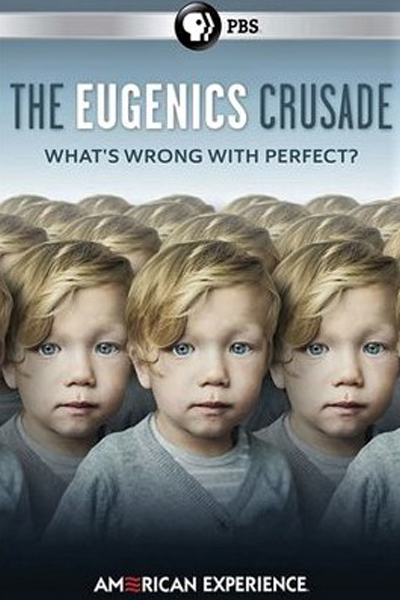 The Eugenics Crusade tells the story of the unlikely — and largely unknown — campaign to breed a ‘better’ American race, tracing the rise of the movement that turned the fledgling science of heredity into a powerful instrument of social control.
—American Experience, PBS

As genetic science progressed at the turn of the 20th century, some scientists embraced the theory that things like a person’s tendency to criminality was passed down from their parents. Reformers loved the idea that poverty, crime and deviance of all stripes could be bred out of future children.
—Erin Blakemore, The Washington Post

The movie we watch this month, The Eugenics Crusade (Ferrari, 2018), teaches us American history that many of us never knew from our classroom instruction.

Yet, after the shock wears off that this is indeed a true story, we pause to think that such lines of inquiry have not disappeared from our discussions — they have just taken a different direction.

At the time that the eugenics movement was in the spotlight in the early 20th century, it was a perfectly normal pursuit. I venture to guess that people at that time wanted what people want today, the possibility of improved health and opportunity for themselves and their families.

Likely, the broader effect on Americans as a society was of secondary interest if at all. During this time, we learned about the health benefits of diet and exercise from a man with a very familiar name (Leung, n.d.):

John Harvey Kellogg (1852-1943) was a doctor and nutritionist in the United States. Kellogg is best remembered for inventing the Kellogg’s ‘Corn Flakes’ cereal, alongside his younger brother Will Keith Kellogg. As a doctor, he also ran a sanitarium with focus on nutrition and exercise in Battle Creek, Michigan.  . . .

He believed that eugenic methods would help save the race. Kellogg embraced racial segregation. However, Kellogg and his wife also believed environment could overcome heredity tendencies to some degree. Together they fostered forty-two children, of various race and creed, often ‘undesirables’ in some way, partly because of their belief in their theory of environment over heredity (Schwarz, 2006, p.157).

Eventually, along with Kellogg, there were those who took the eugenics idea to extremes in altering human life, while Americans and others had been “pre-suaded” toward its benefits from his work.

What became the broadest manifestation of evil was the transfer of the “science” to Europe and Nazi Germany. However, you may not realize other aspects — this movie is a must-see for all of us.

It appears that gene therapy is currently limited to preventing birth defects, syndromes, and diseases. Yet, since it gives people the power to manipulate how the dice rolls with their offspring, its impact on eugenics is profound. Of course, it is not without numerous controversies.
By Mary and Lucy

New insight on our films each month. New insight enhances an inquiring mind. All completely free of charge!