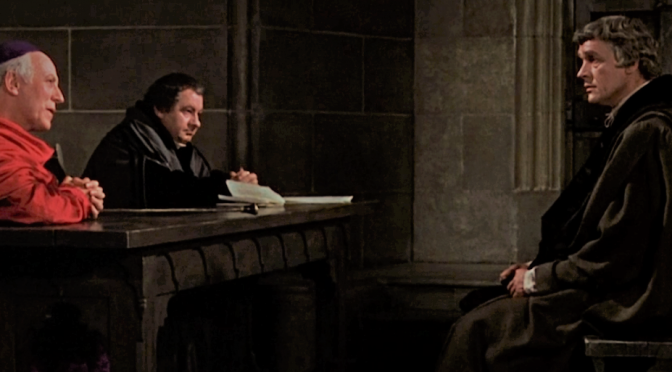 Upon viewing the timeless classic, A Man for All Seasons, members of Movies on Chatham were mesmerized by the superior acting performances of Paul Scofield as Sir Thomas More, Orson Welles as Cardinal Wolsey, and Robert Shaw as King Henry VIII. This film does not need elaborate visual effects, for the acting shines like a sparkling piece of diamond jewelry worn on its own and not clashing with too many other pieces. END_OF_DOCUMENT_TOKEN_TO_BE_REPLACED