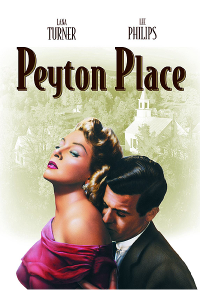 September begins a series of movies under the theme of “Changing Times.” Likely no one will refute the notion that social mores in 2018 are very different from what is depicted in Peyton Place (Robson, 1957), a time that many adults experienced first-hand.

If you are among this group, thinking about your own life at the time, do you wonder about the life of Grace Metalious, as she sat in her home writing her now-famous book (Metalious, 1956)?

It may be helpful to re-visit, or to vicariously experience, those days through our films to appreciate by comparison the complex lives we lead in the present. No matter how or if you experienced this earlier time, it benefits us to consider how very far we have progressed as a society in our greater transparency and greater tolerance in our attitudes toward others.

In the 1950s, people were taught to keep their “dirty linens” behind closed doors, but Metalious’ book opened them wide to show the human failings of all. Maybe some would argue that we would benefit by closing those doors back a little.

However, in my opinion, even though human beings will always struggle to lift ourselves to higher standards of behavior, we have much to be thankful for in our ability to openly discuss difficult issues in our lives today.